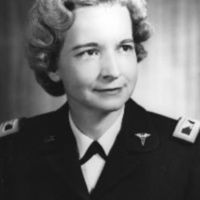 This exhibit highlights many significant nurses in North Carolina from the founding of the profession through today.  From tumble down cabins to chrome plated surgical suites, African American, Native American and White nurses have provided care under extreme circumnstances from the bombing of Pearl Harbor to the terrorist attacks of September 11th.  Nurses work often goes unnoticed, despite the education, knowledge and skills nurses use every day to save lives and improve the quality of life for all. This exhibit honors the work and lives of women and men who have spent their careers making the world a better place. 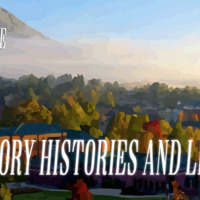 This exhibit is the combined work of Trent Margrif’s First Year Seminar and Dr. Kristen Baldwin-Deathridge’s Digital History class at Appalachian State University. In this project, students explored some of the dormitories across campus, researching their histories and the individuals who they were named after. Some buildings and their namesakes had more information than others.

This exhibit does not include research into every residential building on campus, such as Mountaineer or Summit, because these were not named after people.

Who Owns Appalachia? A Contemporary Inquiry 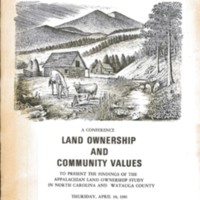 Who owns Appalachia? From 1978 to 1981, a civil rights activist organization, a university, and a group of grassroots volunteers worked together to attempt to answer this question. These three unlikely partners collaborated to complete one of the most extensive studies of its kind in hopes of better understanding the demographics of land ownership in the Appalachian region. From Alabama to West Virginia, volunteers meticulously surveyed 80 counties in the Appalachian Land Ownership Survey. These volunteers proved invested in the betterment of their communities, and through their diligent work, this survey helped mend the broken tax systems diservicing rural Appalachia. However, it has been almost 25 years since the original survey, and Appalachian communities are faced with new challenges such as the decline of the coal mining industry and the damaging environmental effects years of degreadive mining have had on their beloved mountain region.