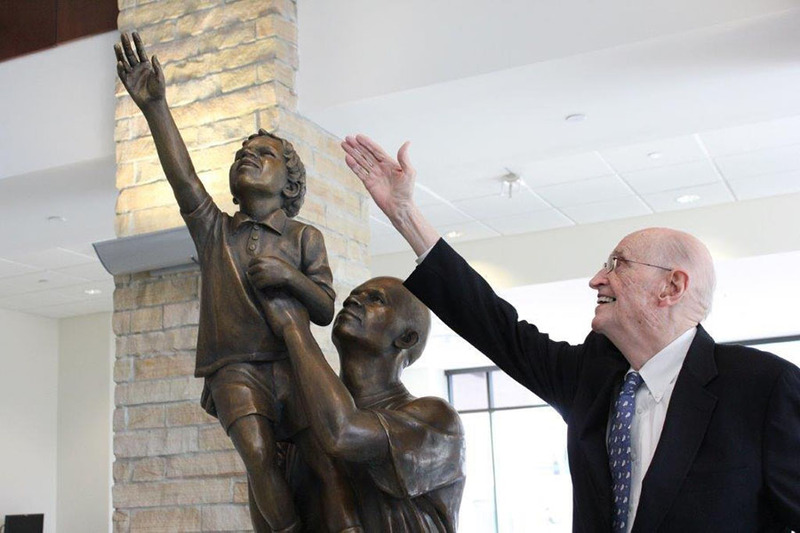 Belk Residence Hall was dedicated to honor Irwin “Ike” Belk, who was a businessman and educational philanthropist from Charlotte, North Carolina. Born on April 4th, 1922, Belk was the son of William Henry Belk, who was the owner of Belk department store. Belk’s philanthropy can be seen on Appalachian State University’s campus through the various art projects that he commissioned. One of the most well-known art pieces that Belk had placed on the campus is “Just Reach A Little Higher,” which is a sculpture located in the Reich College of Education. Belk also paid for the Yosef statue that stands on the corner of Stadium Drive and Rivers Street. Along with his art commissions, Belk, created the Dean Mary Reichel and Dr. Rao Aluri Library Student Employee Endowed Scholarship. This scholarship affords a student valuable work experience while attending Appalachian State. Belk was honored by Appalachian for his passion of higher education in the university naming a residence hall after him. The building was constructed in 1980 while Belk was still living. The hall was renovated to LEED silver standard in 2016.